The Great Rift Valley is a remarkable geological feature and a very popular tourism region in Kenya. Nowhere says Kenya like the Rift Valley, with its savanna, geology, fauna and history as the cradle of human life. In Kenya, the Rift’s steep sides and wide plains are at their most dramatic. The road to Nakuru suddenly crests the valley’s eastern edge and plunges thousands of feet to the floor. On a clear day you can see for hundreds of miles, right down to Tanzania.

The main attractions of the Great Rift Valley are the wonderful national parks and safari opportunities enabled by the wealth of wildlife; it is a particularly good area for bird watchers due to the string of alkaline lakes which attract flamingos, pelicans and many other species to the scenic valley.

The freshwater ecosystems at Lake Naivasha and Baringo, the nature reserve at Lake Bogoria, and the Nakuru National Park are a source of endless fascination, teeming with an incredible diversity of birds and large concentrations of animals. At these destinations visitors can go on water safaris and get up close to the wildlife of the lakes.

Hell’s Gate National Park boasts noticeably different landscapes to the parks centred on the lake system and is the place to go if you want to learn about the geological formation of the region and the local mythology that surrounds the rock features and hot springs. Hell’s Gate is also special because visitors are allowed to walk or cycle among the wildlife.

A must visit in the Rift Valley Lakes region

The park’s centrepiece is the impressive Hell’s Gate Gorge, a riverine gorge hemmed in by spectacular burnished cliffs that stand about 120 metres (400ft) tall. Close to the entrance is Fischer’s Tower, a lone 25-metre (82ft) -high rock outcrop. Named for the pair of massive red cliffs of the Njorowa Gorge that encloses a geothermic area of hot springs and steam vents.  Powerful geysers, which gave the park its name, have been harnessed with foreign aid to generate electricity. The geothermal electricity project has been carefully executed so that it does not affect the beauty of the park.

Hell’s Gate is one of the two parks in Kenya that allows visitors to explore on foot, making it an ideal place for hiking, cycling, camping and rock climbing. It is famous for its natural steaming geysers, and the towering cliffs provide an eagle and vulture breeding ground. The wide plains are home to numerous animals, such as zebra, buffalo, eland, gazelle, hartebeest, warthog and baboon and the experience of walking alongside a giraffe or past a herd of zebra is a memorable one.

The guides help you traverse the route through the canyon and explain the interesting geological origins and features of the landscape, as well as explaining the local mythology and Masai names given to the features. It is also possible to camp in the park.

The main reason for Hell’s Gate’s popularity with active travellers is that it is one of the few savannah reserves in East Africa where it is permitted to walk or cycle unguided, despite the potential presence of dangerous wildlife. This can be a thrilling experience, and while most of the wildlife here is relatively placed there is also a chance of encountering cheetah or buffalo, and lion and elephant pass through upon occasion.

Lake Naivasha is a freshwater lake in the Kenya section of Africa’s Great Rift Valley, At 1,890 meters (6,200 ft) above sea level, the lake is at the highest point in the Kenyan rift, and is set in a complex geological combination of volcanic rocks and sedimentary deposits from a much larger Pleistocene era lake.

The road to Naivasha from Nairobi snakes down the eastern Rift Valley wall, offering a magnificent view of the lake and the extinct volcanoes Suswa and Longonot as you descend to the valley floor.

Although it has no visible outlet, it is one of the two freshwater lakes (Baringo is the other) in the Rift. Many theories have been put forward to explain the phenomenon, but none is entirely satisfactory. The most obvious is that there must be massive underground seepage through the lake flow – a diffused outflow that takes the place of a conventional discharging river. Whatever the reason, Naivasha water is indeed fresh, drinkable, abundant and excellent for irrigating the surrounding fertile volcanic soils. Not surprisingly, the lake is ringed by agricultural land, from which spring many tons of vegetables and flowers harvested for both the Nairobi and overseas markets.

Naivasha has considerable amount of wildlife, notably large numbers of giraffe and zebra, and much of it is concentrated in private sanctuaries, though the likes of hippo might be seen anywhere on the lakeshore, and the birdlife is astounding.

Among the resident birds here are African fish eagle, osprey, African jacana, and a variety of waders and herons

Lake Nakuru National Park was created in 1961 as a bird sanctuary centred upon the eponymous lake, an alkaline body of variable proportions that dried up completely in the mid-1950s, when strong daily winds swept up the dust into dense white soda smog which blew 65km (40 miles) up the Rift Valley.

The main attraction of Lake Nakuru is the immense flocks of greater and lesser flamingo that thrive on the blue-green algae and diatoms nurtured by its alkaline water. Indeed, the water here is so algae-rich that the birds assemble in flocks of up to 2 million, creating a roseate mass of immense beauty along the shorelines. In addition to flamingos, another 400 bird species have been recorded here altogether, including great numbers of pelican along the southern and eastern shores.

The original national park comprised only the lake and its immediate surroundings, including the escarpment at its western side known as Baboon Cliffs, but it was later extended to include an extensive area of savannah to the south, and the entire area – about 200 sq km (80 sq miles) – has been fenced in to protect introduced endangered animals, and also to prevent dangerous wildlife from roaming into the adjacent town. Today, Lake Nakuru is the only public reserve in Kenya where rhinos – both black and white – are readily seen, and it also supports a herd of the rare Rothschild’s giraffe, which was introduced in 1977. Other mammals include buffalo, lion, leopard and hyena, and it is the best place in Kenya to see Bohor reedbuck and Defassa waterbuck. Also set within the park, on the cliffs to the east of the lake, is Kenya’s finest euphorbia forest, a vast stand of these odd looking, tree-sized, cactus-like succulents.

The 110-sq-km (44-sq-miles) Lake Bogoria National Reserve was gazetted in 1973 as a sanctuary for its resident greater kudu, an antelope that has been rare in most parts of Kenya since the rinderpest epidemic of the 1890s. Kudus are seldom seen here by visitors, since they live mainly on the western slopes of the Laikipia Escarpment, which towers over the near-inaccessible eastern shore. However, Bogoria does boast two other compelling attractions. The first is the large flocks of flamingo that tend to congregate here most profusely when conditions at Lake Nakuru are unsuited to them. The second is the spectacular sulphuric geysers that erupt steaming from the bowels of the earth at Loburu, feeding a network of scalding multihued channels that drain into the lake.

Lake Baringo is the second freshwater body in the Rift, with a setting below the Laikipia Escarpment reminiscent of Bogoria. Baringo is larger than Naivasha at 150 sq km (58 sq miles), and it poses the same question as Lake Bogoria: how, with no outlet, does the water stay fresh? Baringo is home to great numbers of birds, crocodiles and hippos, which can be seen in the evenings grazing on the lakes of the lakeshore hotels, or by arranging a boat trip to Ol Kokwe Island, a dormant volcanic peak in the heart of the lake. 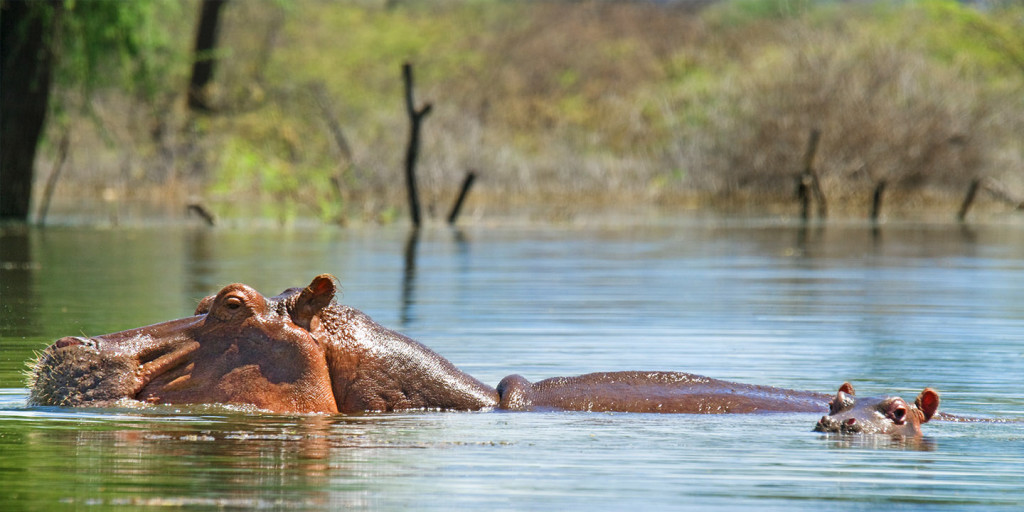 Lake BaringoAlthough there isn’t a lot of terrestrial wildlife to be seen around Baringo, the lake and its environs are renowned among ornithologists for supporting in excess of 500 species. A wide variety of water-associated species can be taken for granted, but the grounds of the lakeshore hotels also support a profusion of woodland birds. For rarity hunters, the place to head for is the low basaltic escarpment 2km (1.2 miles) west of the lakeshore, where northern specials such as Hemprich’s hornbill, white-crested turaco and bristle-crowned starling are regular.

The rift vally promises an array of activities and attractions so be prepared to be stunned and amazed.

The Top 5 Luxury Hotels in Egypt

The Ultimate Guide To Planning A Safari In Tanzania