The Gedi ruins are one of Kenya’s great mysteries. Set in an idyllic location near the Indian Ocean, and buried deep in a lush forest (Arabuko Sokoke forest). This historic and archeological site is located 94km from Mombasa town and about 10 miles south of Malindi. Gedi was a small town built entirely from rocks and stones, which was inhabited by Swahili people of East Africa early twelfth century. Gedi’s population and prosperity peaked during the fifteenth and into the sixteenth century until it and many other coastal sites began to decline in the late-sixteenth and seventeenth centuries. 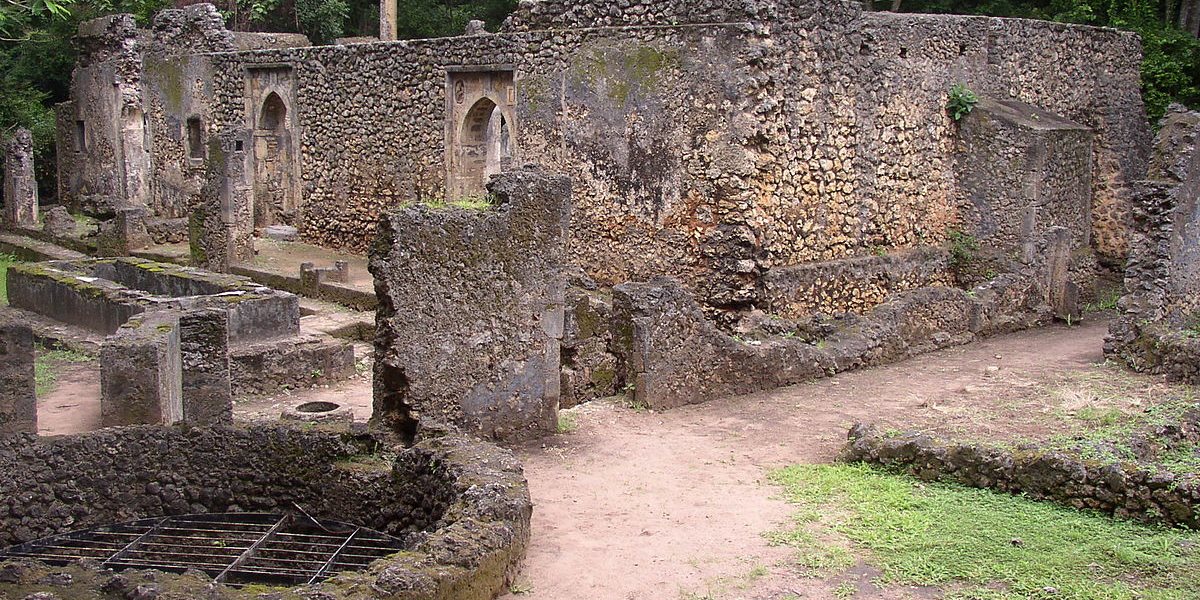 The town of Gedi was a Swahili settlement established in the 15th century town and inhabited by sailors, traders and settlers from Oman who plied the spice trade between the Middle East and Africa. Unlike other well-known Swahili towns such as Lamu, Mombasa or Zanzibar, however, almost no historical record was made of the town, nor was it marked on maps from that period. The reason for the secrecy surrounding the existence of Gedi is unknown, and the cause of its downfall also remains a great historical mystery. 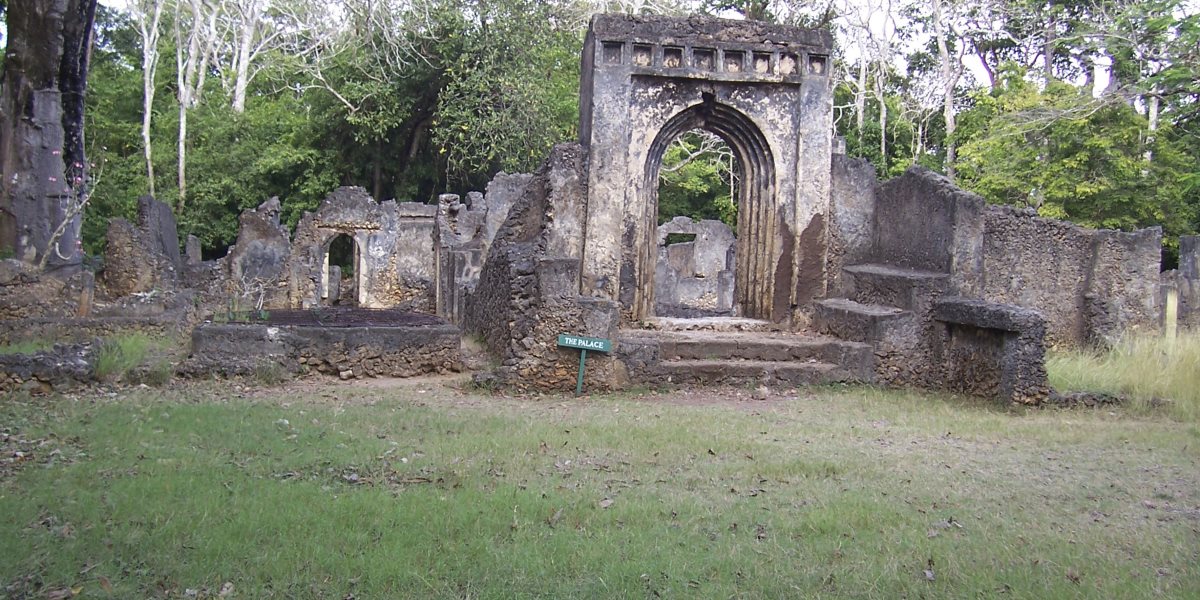 The ruins were discovered by British settlers clearing forest in the early 20th century, and progressively the remains of a large, well-established town were uncovered.

Excavations show that from the 14th to 16th centuries, Gedi was a large Arab community with many stone houses with advanced drainage and plumbing, halls, meeting places, a palace and an impressive grand mosque. The inhabitants were clearly great traders and Venetian beads, coins and a Ming vase from China and goods from Europe and India have been found within the ruins. 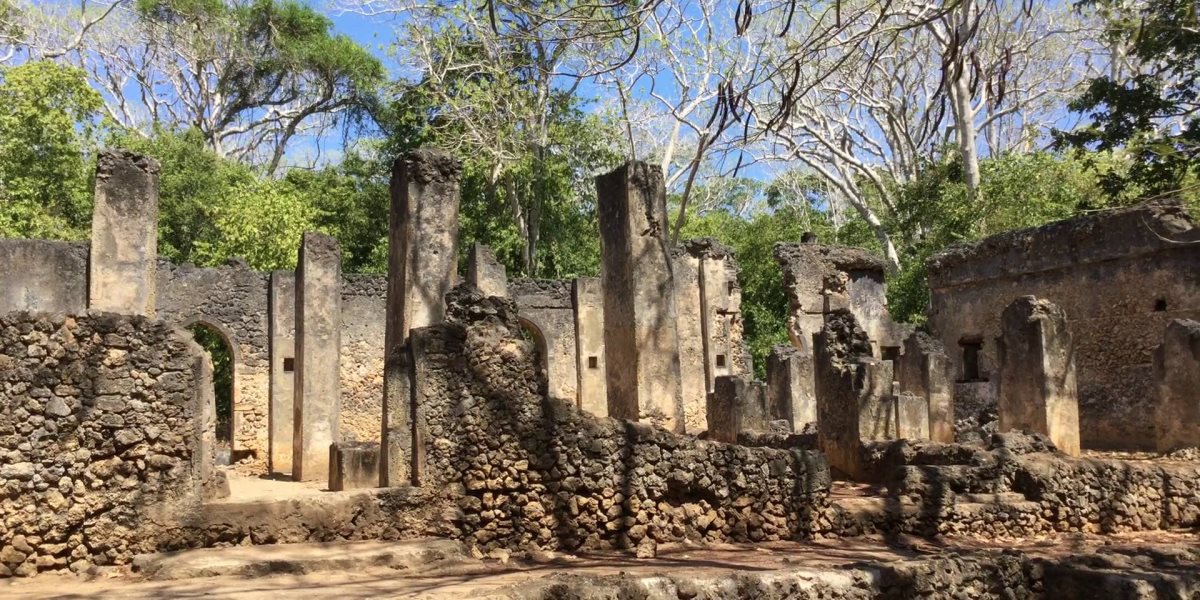 In the early 16th century, however ,an unknown event caused the entire town to be rapidly evacuated and abandoned. There are many theories of what may have happened, from a plague to a sudden attack by Oromo tribesmen venturing south from Somalia. 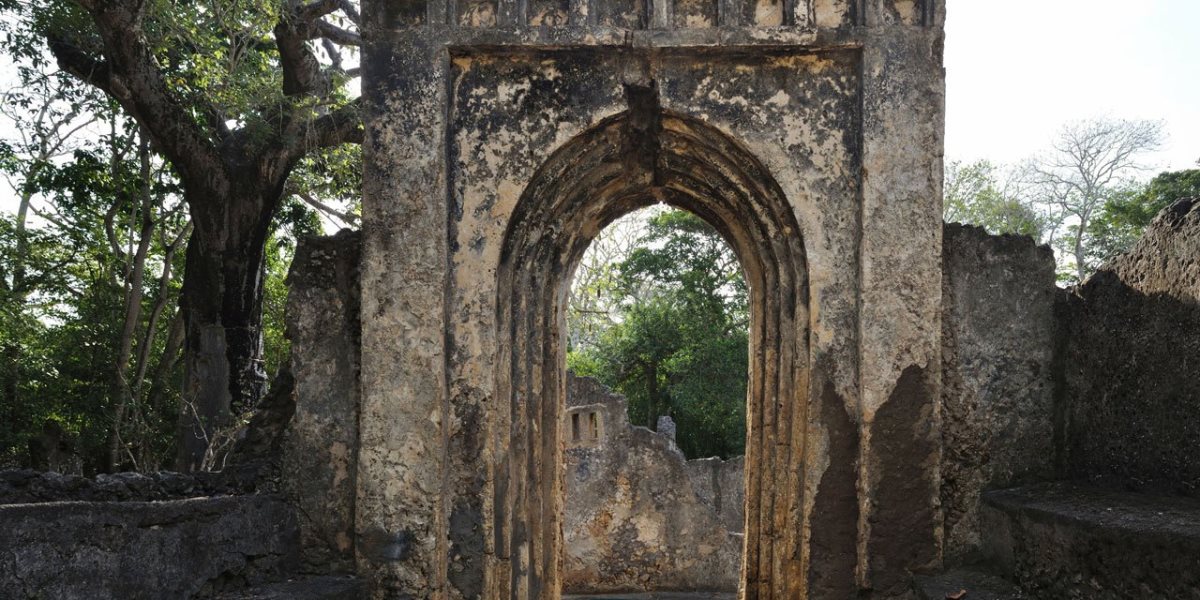 Some archaeologists believe that the Oromo may have lived in the abandoned stone town into the 17th century, and that “Gedi” was in fact an Oromo name. Regardless, the town was eventually completely deserted and consumed by the forest, becoming one of the great archeological mysteries.

The presence of Portuguese and their attempts to monopolize trade, drop in the water table of the weels, Wazimba raid along the coast in 1589, Galla migrations and raids from Somalia are believed to be some of the factors that led to the abandonment of Gedi. Left standing today are numerous coral-brick houses, a palace as well as an impressive mosque. However, it is not only the quality of the ruins that will amaze you but the advanced nature of the settlement. Gedi was in many ways, a very advanced city with streets, running water and flushing toilets! Correcting the assumption that Africa was far behind the rest of the world before colonialism. The Gede Ruins National Monument & Museum is open to public daily from 7 am to 6 pm.

THE 5 BEST THINGS TO DO IN SINGAPORE

Ndere Island, the Island of Serenity and Beauty.

What to wear on Safari

The Most Beautiful Beaches in Kenya