Laikipia County is touted as one of the Africa’s most exhilarating wilderness safari and wildlife tourism destination due to its combination of abundant wildlife, stunning scenery and extraordinary cultural diversity in a setting dominated by iconic backdrop of Mount Kenya. This county is home to unforgettable tourist attractions. 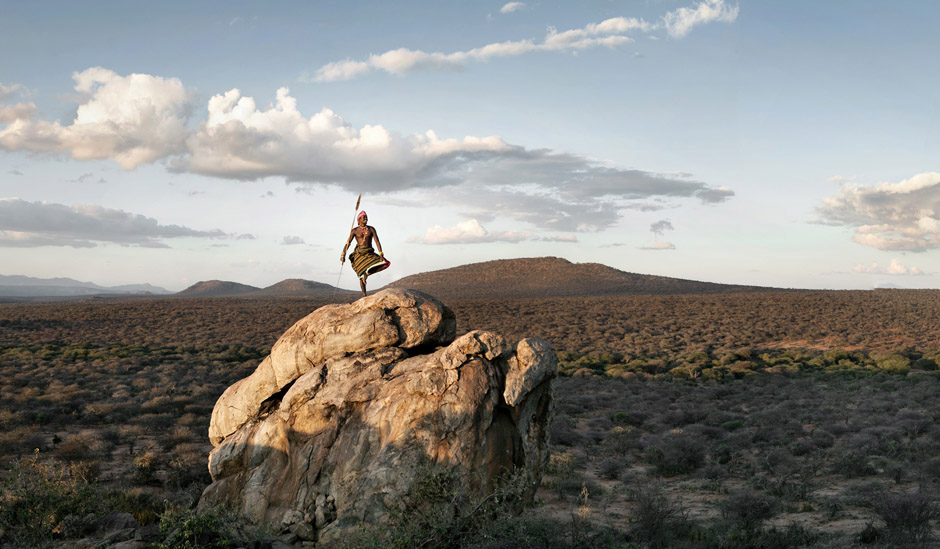 Laikipia is a land of high plains and rolling hills straddling the Equator in Kenya, it is dominated by the iconic backdrop of Mount Kenya and the Aberdare Range on the eastern edge of the Great Rift Valley 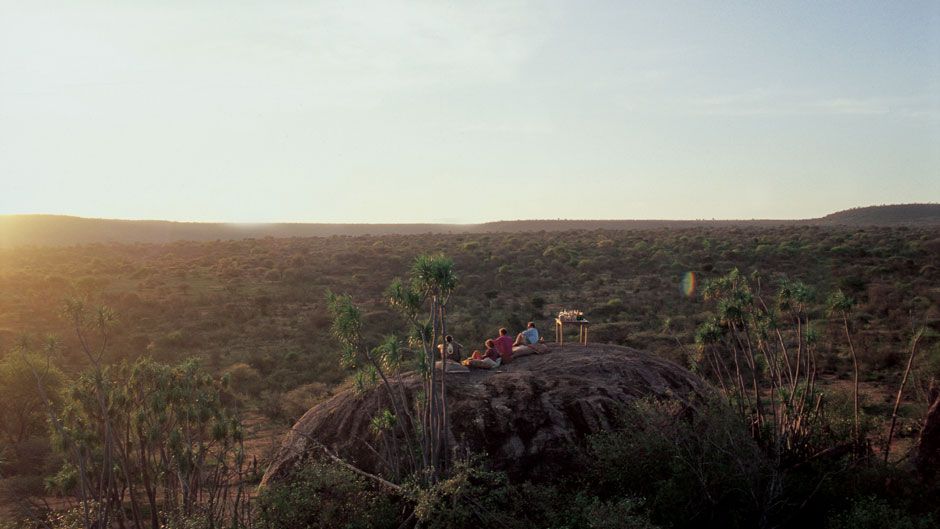 It is larger than all of Kenya’s national parks and reserves. After Tsavo, Laikipia is Kenya’s most extensive wildlife haven, forming part of the much broader 56,000-km2 Ewaso Ecosystem

The Ewaso Ecosystem hosts the largest populations left on earth of various other endangered mammals, including Grevy’s Zebra and Reticulated Giraffe, the only remaining viable population of Jackson’s Hartebeest, as well as an expanding population of the globally endangered African Wild Dog. 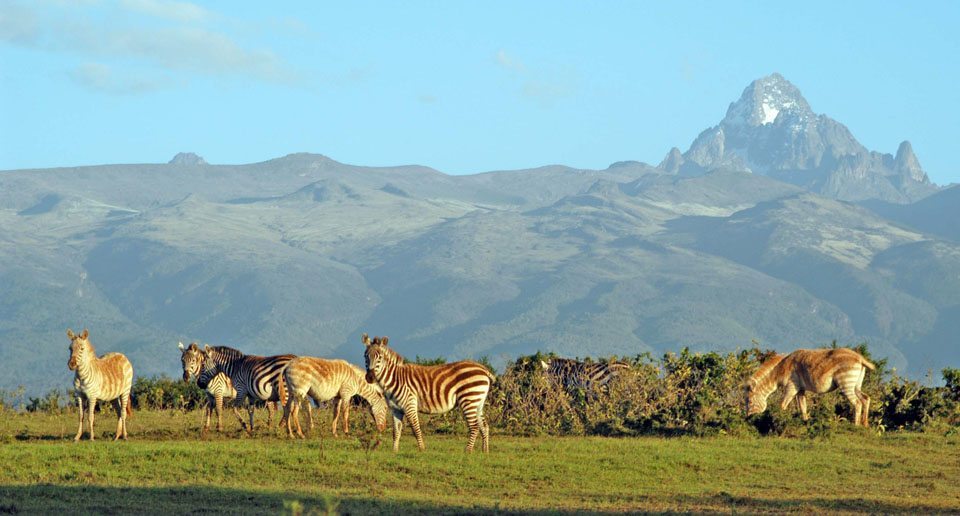 Thomson’s Falls is a 74m scenic waterfall on the Ewaso Ng’iro river, which drains from the Aberdare Mountain Range. It is situated on the border. The falls are named after Joseph Thomson who was the first European to reach the falls, and he named them for his father. 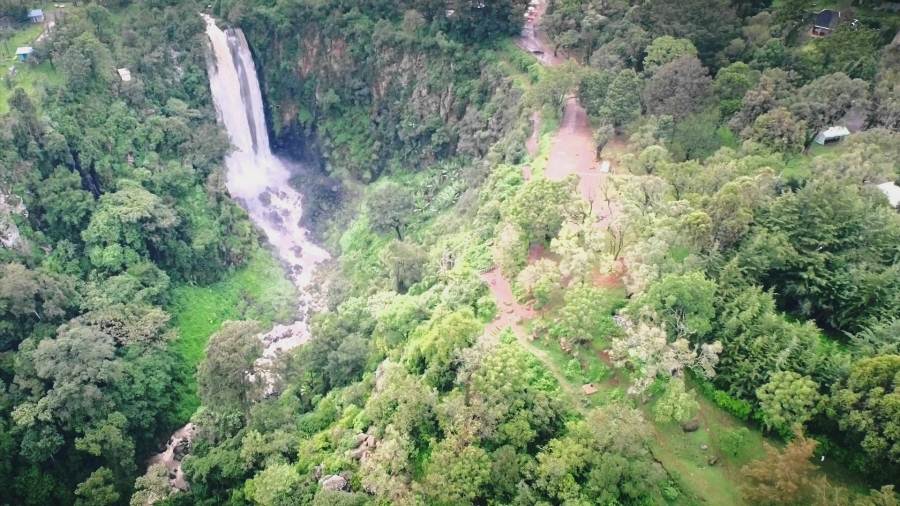 Visitors can view the falls from above the gorge or for the adventurous, one can take a nature walk down to the bottom of the ravine to see the splashing sounds of the water as it hits the rocks.

Laikipia County is endowed with wildlife, which is widely distributed in the semi-arid lands extending from the Aberdares to Samburu, Meru and Mt. Kenya wildlife corridors and ecosystems.

The beauty of wildlife safari in Laikipia is being able to get off the beaten track to get a first hand experience of the beautiful wilderness and Nature where the “Big Five” (lions, leopards, buffaloes, elephants and rhinos) are spotted here all year round. 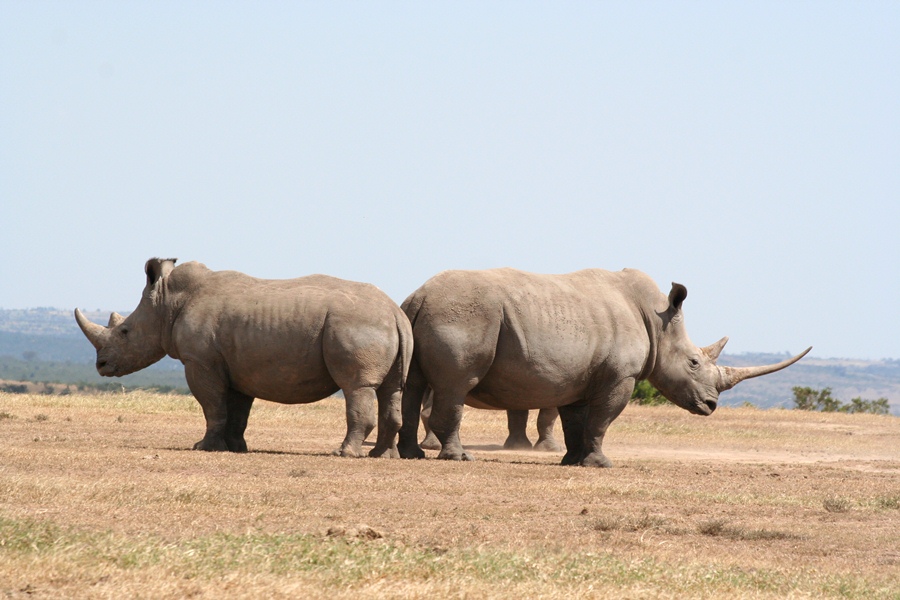 It has the greatest number of wildlife outside of the gazetted protected areas in the country. Most of the wildlife is found in the large scale ranches, which occupy over 50% of the total area of the county. The rest is found in the unsettled smallholding, group ranches owned by the pastoral Laikipia Maasai and in the gazetted forests of Mukogodo, Rumuruti and Marmanet.

Laikipia County falls under the Laikipia Plateau, which is the eastern escarpment of the Rift Valley. The plateau spans 10,000km2  and is divided into a patchwork of enormous ranches The Laikipia Plateau has the largest elephant population outside of Kenya’s national parks and reserves and is one of the last refuges of the endangered Black Rhino. It also provides sancruary for other endangered and threatened species which include Cheetah, African Wild Dog, lion, Reticulated Giraffe, Laikipia Hartebeest and Grevy’s Zebra. The area is extremely scenic with the escarpment giving way to wooded gorges and riverine thickets which now host some of the most exclusive lodges in the remotest parts of Kenya. 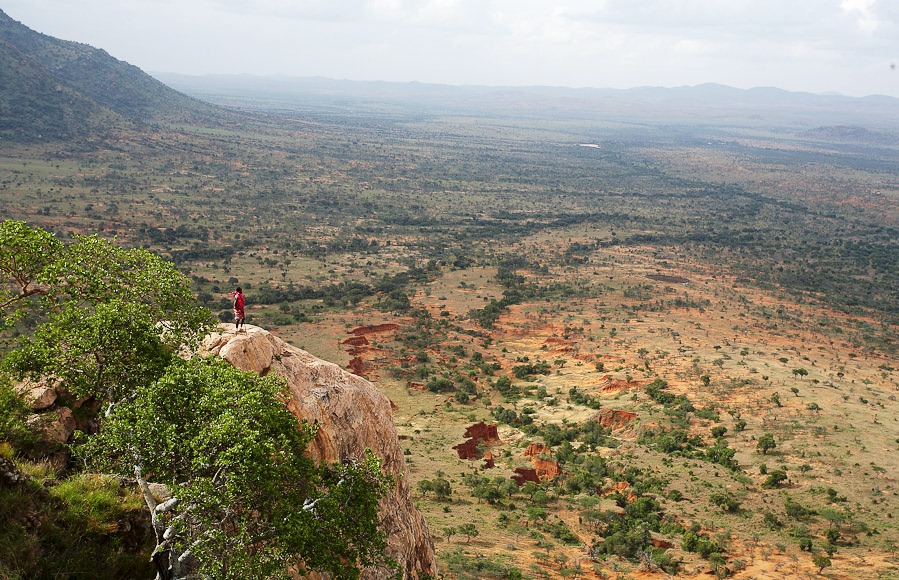 Game Drives, Bike Tours, Guided Nature Walks and Camel Treks all prohibited in most parks are just some of the exhilarating activities that await visitors to Laikipia.

Eco-tourism and Community based conservation.

The Laikipia Wildlife Forum has been very active in promoting collaboration amongst it’s members and so this area has become an important conservation body, with ranches involving themselves in eco-tourism and conservation projects both within their own land and alongside the local communities.A well developed tourism infrastructure complete with high levels of community involvement and participation gives the visitors privileged access to the cultures and customs. The region is well endowed with cultural communities that include Maasai, Samburu, Turkana, Pokot and other peoples. 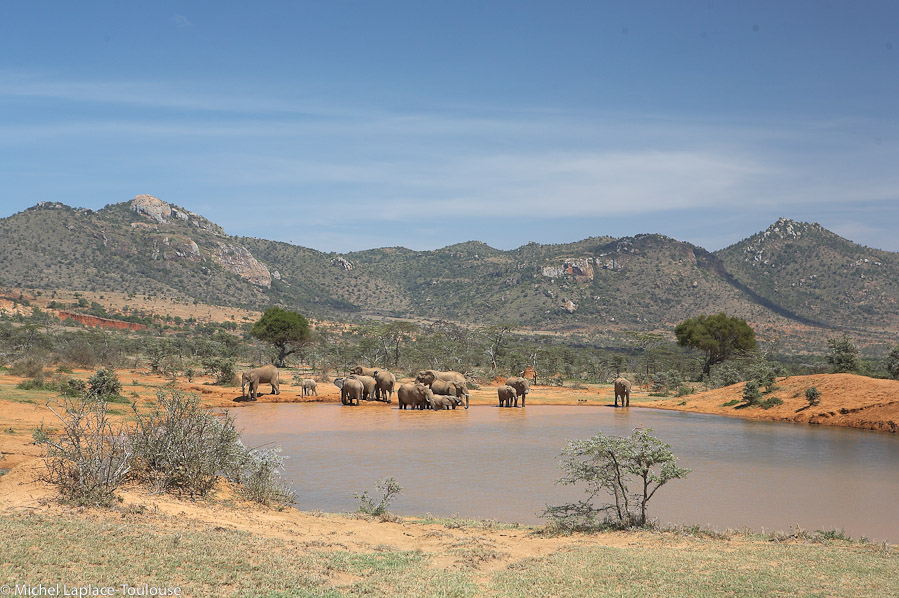 Investment and conservation are the key factors practiced by people of Laikipia County. Hundred of thousands of acres were set aside over years for conservation and eco-tourism developments. Both locals and white ranchers here own ventures in form of lodges or tented camps. These include Tassia and the sanctuary at Ol Lentille. They also have tourism facilities. They include small lodges, tent camps, ranch houses, community lodges and resorts based in natural wildlife areas.

There is need to conserve Laikipia wildlife and ecosystem to improve the lives of its people by bringing its societies together to conserve and sustainably use the wealth of these natural resources.

The Nanyuki town, which is right in the center of Kenya is known mainly for its equator point and hoardes of locals and tourists alike pay a visit just to stand on the equator. But, for those who are technically interested, locals arrange for an experiment to depict how the Coriolis effect works. This is an amazing experiment that can be done showing the strength of the world’s gravitational pull. 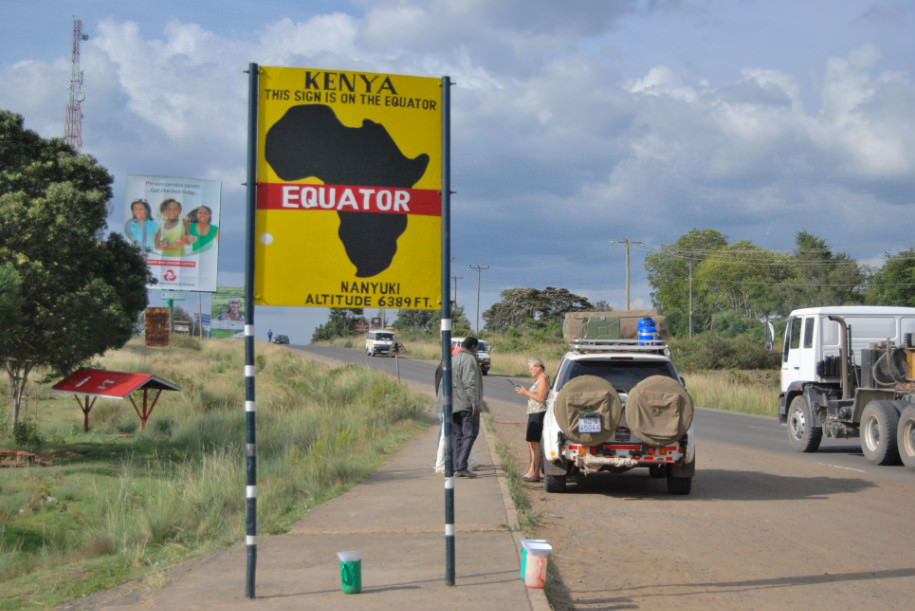 The equator is the intersection around the world’s surface and runs across the entire world. Kenya is lucky enough to have the equator running through it, and Nanyuki is where is can be found!

The beautiful views of Mt Kenya and its wilderness, blends sympathetically into this stunning area to give a stunning experience. 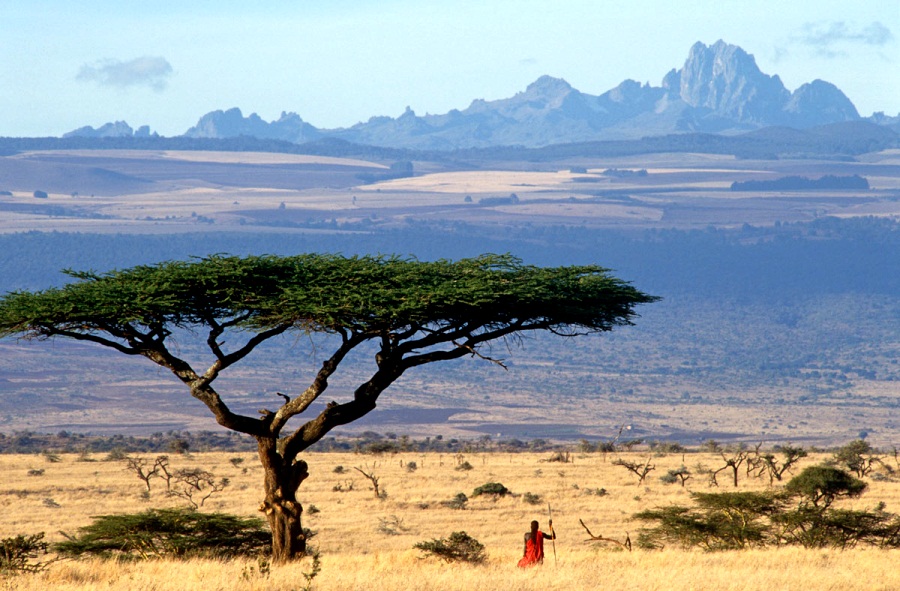 Laikipia is now a haven conserving more than just wildlife, but also a way of life. By numbers, the Kikuyu today form the biggest population group, with the balance composed of several other ethnicities, including Laikipia born Maasai, Samburu, Meru, Borana, Kalenjin and Turkana. All these tribes have different and unique cultures which greatly attract visitors. 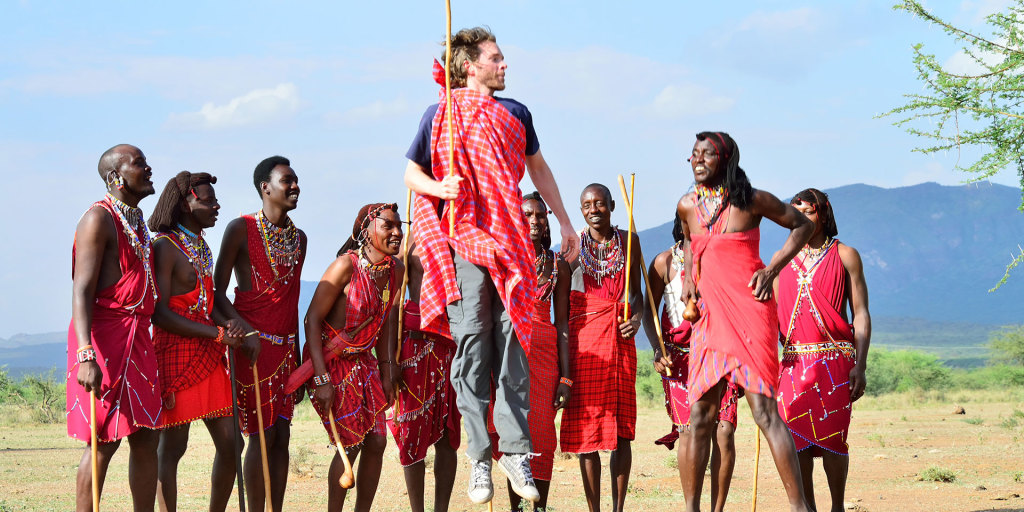 Makena Hills, the county is on the leeward side of Mount Kenya and therefore hilly at various spots.

Laikipia has a diverse range of high end tourism facilities including small lodges, tented camps, ranch houses, community lodges and resorts and hotels.  Based in natural wildlife areas, they focus on selling Wilderness Based Tourism.

Spend your Christmas Holiday in Arusha

Amazing Facts about the Cheetah