As you approach the Great Rift Valley from Nairobi, the scenery changes and you are thrust into a world of idyllic vistas. Nakuru simply means “Dust or Dusty place”. Don’t let the word fool you because you will be amazed at the brilliant sites the place has to offer. Nakuru and the regions around are endowed with cosmic resources that attract both domestic and foreign tourists and has ideal view points such as; Lion hills, Baboon cliff, and Out of Africa hills, others include Enasoit hill, Honeymoon, Lion hill ridge, waterfalls-Masalia, and very unique vegetation.

The economy of Nakuru depends mainly on agriculture, manufacturing, and tourism. Tourism is the most important economic activity in Nakuru.  Here are the major tourist attractions;

140km northwest of Nairobi, the park lies in Central Kenya in Nakuru district of the Rift Valley Province. The alkaline lake has a crusty shoreline, surrounded with wooded and bushy grasslands. Famous for its flamingos (Greater and Lesser) that turns the shoreline crimson including 450 species of birds. There are also a variety of other animals like the endangered white rhino, giraffes, python snakes, leopards, lions, black rhinos

Located eight kilometres from Nyahururu – Nakuru main road, Menengai Crater, a dormant volcano is the second largest crater in the world and plunges 483 metres from the rim.

The volcano was formed about 200,000 years ago. The 12 x 8 km caldera formed 8000 years ago. Menengai is one of the best-preserved calderas in the world. The crater floor is ideal for hiking. The summit is accessible by foot or vehicle. There is geo—thermal prospecting in the crater for energy.

Lord Maurice Egerton built the castle hoping that the woman he fell in love with would agree to live in it, but she turned his proposal down and broke his heart.  She had turned down his first offer to stay in his first six-bedroom house calling it a chicken coop and when he built the castle, she did not accept his proposal either. The castle is located about 12km from Nakuru Town. The castles’ design is beautiful both in and out. It sits on beautifully landscaped land. It is one of the places to visit in Nakuru County for a taste of aristocratic lifestyle of the last century.

Ol Donyo Eburru is the highest peak of Mount Eburru. This attraction is part of the Eburru ecosystem, which spreads over Nakuru County. Eburru Forest has a variety of flora and fauna species. Indigenous trees weave a maze offering shade and habitat to the hundreds of birds. Other wildlife animals to see are giraffes, bushbucks, gazelles, waterbucks, monkeys, buffalos, bongos, baboons and leopards.

This community owned conservancy is in Gilgil. It has about 3,500 wildlife animals that include buffalos, elands, waterbucks, leopards, Rothschild giraffes, hyenas and hippos. 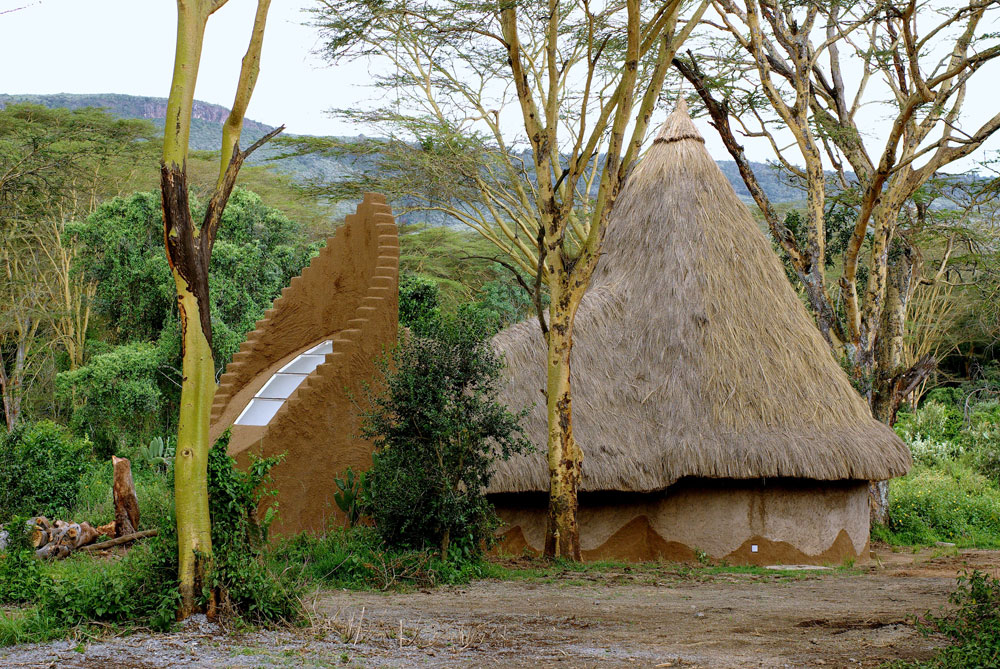 The Makalia River rises in the south-west of the Mau Forest, and is a key source of water for Lake Nakuru. It is one of three major rivers, along with the Njoro and the Enderit, which also originate in the Mau Forest complex and drain into the lake, together with treated water from the town’s sewage works and the outflow from several springs along the shore.

The falls area is usually a scenic site where the roar of rushing water provides a background to birdsong and the occasional impala grunt or baboon bark. When dry, as now, it is eerily quiet, and provokes the question: how much damage has been done to the Mau ecosystem (through uncontrolled deforestation) to cause the drying up of this (and other) once perennial rivers?

The famous Leakey family discovered this Neolithic site in 1927, and excavations began in 1937 to reveal fossils dating back to 1500 B.C. They found tombs, human settlements and skeletons of 19 bodies. These and other fossils are preserved in the Hyrax Hill Prehistoric Site and Museum.

The Leakeys discovered this site in 1928. The fossils excavated hand axes of the Stone Age period, a molar of an elephant with a straight tusk, algae skeletons and knives. This attraction is a short distance from the Nairobi-Nakuru Highway in Gilgil.

Olkaria Hot Spa is adjacent to Hell’s Gate National Park. After a safari in the park, walk into the spa for another round of thrilling fun. This spa has naturally heated water, cooled to a temperate fit for human skin. The large outdoor spa attracts dozens of adventure seekers daily.

The Baboon cliff and its lookout point offer finest view across the lake and over the shimmering fringe of pink around the lake’s white shores. There is a nature trail of 100 meters long which winds its way along the cliff. Picnic tables and lavatories are available. You may spot rock hyrax at the top of the cliff near the picnic site and baboons in small trees hanging over the cliff and awaiting for food. The Baboon cliff is covered by euphorbia, acacia and olive trees.

Out of Africa Hill and Lion Hill

In the southern part of the the park, the Out of Africa hills have spectacular views along the edge of the towering black Baboon cliff and it is the greatest sundowner spot of the park, specially for people staying at the nearby Naishi house. Note that the hills offer no facilities.

The Lion Hill is located at the eastern part of the park and the hill is fully covered by strange cactus-like trees, the Euphorbia candelabrum (known also as candle tree), forming the biggest euphorbia forest in Africa and a unique preshistoric forest.

Nakuru offers accommodation that suit all budget giving you both comfort and affordability.

Why you should take a trip to Paris

12 Reasons Why You Should Visit Seychelles At Least Once

When To Plan Your Safari

10 things you didn’t know about Bangkok

If You Want To Have A Great Holiday Go Camping